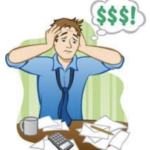 Judith Barr has been a depth psychotherapist in private practice since 1975, now practices in Brookfield, Connecticut, and has earned an M.S. in Counseling and licensure as a Mental Health Counselor in Florida, New York, and Connecticut. She has published a life-changing book, Power Abused, Power Healed, as well as an audio series, The Spoken Word on Behalf of the Feminine, and dozens of articles for both professionals and the general public. Judith offers her healing expertise in an array of formats, including working with individuals, groups, workshops, and consultations. In addition to this she offers training and supervision programs for healing arts professionals. Through her numerous speaking engagements, her radio, TV and print interviews, her blog, PoliPsych, and her teleconferences, Judith touches lives, teaching and inspiring us to live from the inside-out.

Judith is also an affiliate of the National Association of Personal Financial Advisors (NAPFA), and a member of The Financial Therapy Association and The Nazrudin Project. Judith has been offering individual and workshop sessions, ―Healing Your Relationship with Money,‖ for many years. Her clients attend, the public attends, psychotherapists attend, and even financial professionals have attended (accountants, bankers, insurance professionals, and financial advisors). A number of NAPFA planners have brought Judith to their local study groups and have witnessed the importance both of working with the deep level of relationship and
of facing the feelings within us. One of the planners even said afterward that he had learned more about the participant’s relationship with money in the previous half hour than he is ordinarily able to do in six months.

I practice in Brookfield, Connecticut.

I also do consultations via phone sessions with people in Florida, New York and Connecticut. I’m working to expand that to other states.

I can also teach by phone in all states.